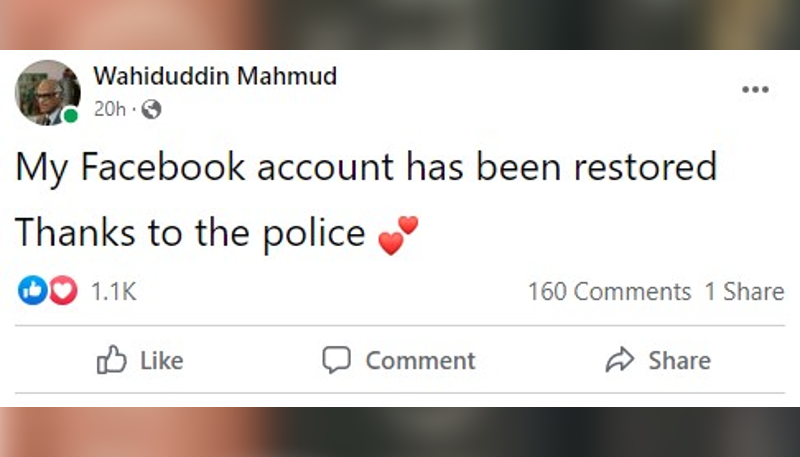 While talking to The Business Post on Thursday, the prominent economist claimed the very post was given by hackers to mislead others. “In fact, I have yet to get my account back.”

According to the GD, the social media account of Dr Wahiduddin was hacked 'perhaps' on September 24.

“In communicating with them (hackers), they also got picture of my passport and NID [national identity card].”

Dr Wahiduddin told The Business Post that he could not identify who or which group hacked his Facebook account. “But the hackers did not demand any money.”

The economist said he is not interested in getting back the account now. “Instead, the cybercrime unit of the police should try to close the account.”

He, however, requested all to ignore any unpleasant message, if sent, from his account.

Wahiduddin Mahmood writes regularly on his Facebook page about various aspects of the country's economy, society and contemporary issues.