China’s factory activity noses up in July as demand grows

Factory activity in China edged upwards in July as the country’s manufacturing sector gathered pace after a sharp coronavirus hit and demand gradually rebounded, according to official data published Friday.

China’s closely-watched Purchasing Managers’ Index (PMI), a key gauge of manufacturing activity, has bounced back after measures to curb the coronavirus caused a dramatic plunge in February and performed better than expected over the last month.

The PMI of the world’s second-largest economy came in at 51.1 points in July, up from 50.9 the month before.

This is better than the analyst expectations reflected in a Bloomberg poll, which forecast 50.9.

Any figure above the 50-point mark represents growth rather than contraction.

Non-manufacturing PMI came in at 54.2 points, down from 54.4 in June and slightly worse than expected.

Zhao Qinghe, senior statistician at the National Bureau of Statistics (NBS), said production had “generally rebounded” and demand had “gradually warmed up”.

“With the gradual relaxation of quarantine and lockdown measures, and resumption of economic activities in major economies around the world… the import and export of manufacturing industries have picked up,” Zhao said. 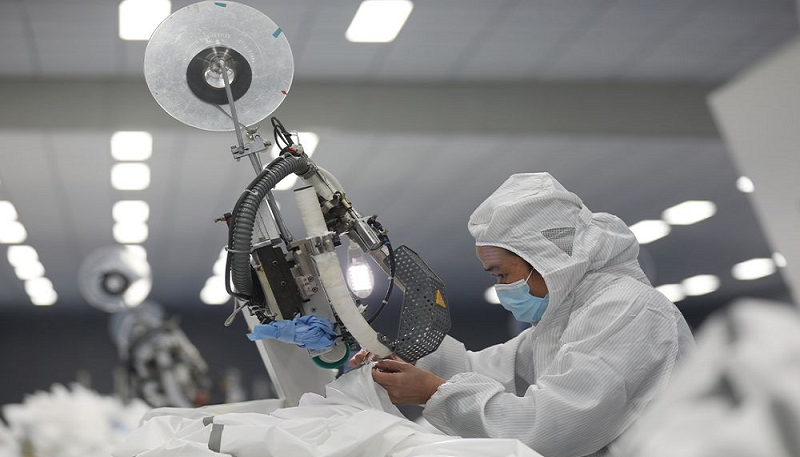 However, he added that the PMI for small firms remains below expansion at 48.6, with some hit by the severe flooding that has deluged the country in recent months.

“Small companies continue to face pressure on both supply and demand,” Zhao said.

“Some enterprises… reported that flood-related disasters caused disruptions to logistics and transportation, along with problems like flooding in plants, equipment and inventory.”

Nomura economists said in a report this week that “damage from the ongoing floods along the Yangtze River on production and demand may offset the stronger recovery momentum in the high-tech industries”.

Similarly, non-manufacturing PMI could have slipped due to a hit to the construction sector — with cement prices already dropping “significantly” in flood-affected areas — the report said.